In 1899, the Winton Motor Carriage Company created the world’s first transport vehicle. The first companies to utilize this new machine had a competitive advantage over other companies that still used trains to transport their goods, as a truck could reach remote rural areas and become the sole supplier.

When the Xerox Alto came out in 1973, it allowed users to utilize a user interface that was more efficient than the typical computer. The first companies to implement these saw a spike in productivity among employees, giving them a competitive advantage over companies that couldn’t afford to make the switch.

So now, in the age of cost-efficient technology and data-overload, how do you develop, and keep, a competitive advantage? By going back to the one thing that never changes; humans.

By employing the right people in the right position, companies can create a strong backbone to grow, reduce turnover, and save money that can instead be invested in future development. By utilizing talent optimization to find the right fit, companies can ensure they are employing people who will keep them ahead of the curve, even as technology and markets continue to change. Investments in hiring the right employees create a trickle-down effect, as saved hiring costs can be reinvested to promote growth.

Talent Optimization has become the go-to method for ensuring companies are hiring top-tier talent. Data-backed reference profiles give companies key metrics to use in hiring, allowing them to see behavioural traits and their relation to a specific job. However, how does Talent Optimization materialize as a competitive advantage in different industries? For two different businesses, in two different industry’s, investments in talent optimization directly translated into decreased turnover, increased revenue, and business growth.

With an average 73% turnover rate, restaurants have to think critically about their hiring decisions.

With an astonishingly high 73% turnover rate, hiring and firing costs can be one of the biggest annual expenses for the over 60,000 restaurant owners in Canada, and over 1,000,000 owners in the US. Cornell University calculated that the average loss of a restaurant employee can cost $5,864 USD. Roughly one-half of departures from these jobs come from employees who aren’t suited to the work they are doing.

For a restaurant with 40 employees, this could mean a loss of $171,228.80 per year. By utilizing the Predictive Index Behavioural Assessment™, delivered by Predictive Success Corporation, this same restaurant could see turnover reduce by 29%, which translates into just over $68,000 in retained income, all from hiring the right people. This $68,000 could mean major renovations, new investments in efficient technology, or increased marketing spending, all of which represent other areas of competitive advantage.

For HERO Burgers, this investment in Talent Optimization played out into a tangible ROI. By using The Predictive Index Behavioural Assessment™, delivered by Predictive Success Corporation, HERO increased efficiency by 18%, and grew 9.6% in 2018, compared to industry-growth of just 2.5%. 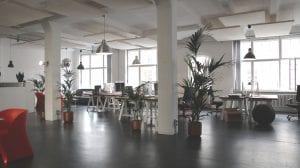 In such a hyper-competitive job market, the right hires can make or break a technology company.

The technology and software industry has one of the highest turnover rates in Canada, at 16.9%. With a demand for top talent and low barriers to entry in the sector, new companies are constantly popping up, increasing the demand for top developers, engineers, and business development executives. In the US, it takes an average of 23.8 days to replace a vacant seat. This means lost productivity and output for a company, a factor that can be disastrous in a hyper-competitive marketplace where productivity determines success.

For Hewlett-Packard, using The Predictive Index Behavioural Assessment, delivered by Predictive Success Corporation, reduced hiring time by 30%. This reduction translated into real revenue growth for the company. “The tools delivered by Predictive Success really did drive revenues and at the end of the day that was the ROI that we were looking for,” said Dave Frederickson, a General Manager at HP, “The Predictive Index System delivered by Certified Partner Predictive Success allowed us to gain agreement around the attributes necessary for a particular role, which leads to having people better matched to positions. This meant that they got up to speed faster, which is great from a business side, but also, those individuals were happier and more interested in coming to work.”

Just as HERO was able to utilize predictive analytics to out-grow their industry, these savings in time and real revenue growth meant HP had the ability to fund development in other areas.

The True Cost of Employee Turnover in Tech

Get the 2022 CEO Benchmarking Report