Out of the blue

Nick Nurse was brought in as the head coach of the Toronto Raptors at a time when no one thought there was a remote chance Toronto would even need a new head coach. Dwayne Casey had just been named coach of the year, generally an award that guarantees your employment for a little while.

One day after the awards show, Raptors President Masai Ujiri sent Casey packing, bringing then Assistant Coach Nick Nurse into the spotlight as the Raptor’s next Head Coach.

This was a bit of a shock to Raptor’s fans across Canada. Nurse had what is often referred to as the skinny resume. Not flashy or filled out. In Nurse’s case, this was especially true. He didn’t play at a big-time NCAA school (University of Norther Iowa), never played in the NBA, and his coaching career was mostly in Europe, the G-League, and the Summer League.

For contrast, the man coaching against Nurse in the 2019 NBA finals, Steve Kerr, played for the University of Arizona, played for Team USA at the FIBA World Championships, played for three NBA teams in a 20 year career, was an NBA analyst, and then worked in the front office of the Phoenix Suns before moving to Golden State and coaching the team to three NBA championships in four years.

So how was Nurse successful? He is a natural fit for the job. He has the right natural mix of assertiveness, patience, and drive to coach in the NBA.

To prove this, you only need to look to his childhood basketball. As a kid, playing in a tournament final with only seconds to go, the young Nurse took over the huddle from the head coach, drew up a play, and won the game. Not the best player on the court, Nurse’s teammates say he had more attention to fundamentals than anyone else, something that would become instrumental to his success with the Raptors. Nurse was eventually the youngest coach in the United States collegiate program, at just 23 years old. Still however, saying Nurse was an under the radar coach is an understatement.

An under the radar coach who was amazing but took a while to break into the NBA. Nurse’s former players call him a genius for his ability to use unconventional methods to score.

How does this connect to hiring?

It would have been very Masai Ujiri to hire another experienced coach in the NBA, or, to have just kept Dwayne Casey. No one would have said anything; keeping the Coach of the Year is generally a supported move.

But, sometimes, no matter how good a resume is, it is more important to look at someone’s behaviour and their non-work traits. How do those fit into your job model? Are they impatient to cross the street, but their job needs composure? Do they pay attention to detail in their emails to you for a developer job? These subtle hints can help you to understand who someone truly is.

Luckily, you don’t have to be Sherlock homes to figure these traits out. The Predictive Index Behavioural Assesment™ allows you to truly understand someone’s core drives and traits in only six minutes, and two questions. With job models and coaching guides, these human-results can then be used to hire someone who will be a cultural champion, the right fit for the job, and who can be effectively developed over time. 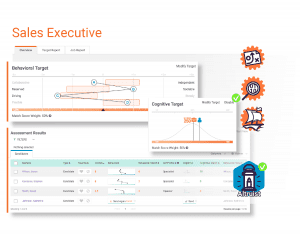 The Predictive Index software can help you identify the best fit for a position, without having to rely on a resume.

To find out more about The Predictive Index™, as delivered by Certified Partner Predictive Success, and how it can help you to hire the next Nick Nurse, click here, or contact Hannah Harrison at hharrison@predictivesuccess.com.