Never Leave Your Wingman: The Wonderful Journey of Dionne Warner of Regina, SK

Never Leave Your Wingman: The Wonderful Journey of Dionne Warner of Regina, SK

Never Leave Your Wingman: The Wonderful Journey of Dionne Warner of Regina, SK.

Dionne Warner, known to many as an incredibly vibrant and courageous woman who battled nine bouts of cancer over a 25-year period died the same way she lived – on her own terms and with a smile on her face and as much laughter as possible. Described by loved ones and husband Graham Warner as a ray of hope, a superstar, and the type of woman who turns heads, Dionne leaves a lasting legacy on those she’s never even met.

An inspiring woman with a natural flair for life, Dionne previously admitted in a letter to her supporters after her eighth diagnosis, that she will “never say the journey has been easy… I always give myself 24 hours to say “Why me?” and then after those 24 hours, I would come to my senses and say “Why not me?” and what am I going to do to fight back?”

Bernie Felix, 71, from Saskatchewan said he was inspired by Dionne when he first met her during his chemo treatments in 2005. Remembering a moment he shared with her over coffee in the treatment center, Felix described the moment as one where Dionne was getting loud and lively, which she was known for. Worrying they might be disturbing other patients who were waiting, Bernie suggested they turn the noise down a bit. Bernie remembers Dionne saying to him “No, we’re alive. Let’s live.” Movie moments like these were not few and far between when spending time with Dionne.  In an interview with CTV, longtime friend Crystal Kalyniuk described her as a special person who had a gift for “making every moment special, and special moments spectacular.” 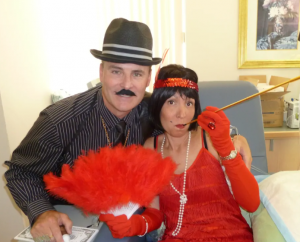 A Persuader at her core, Dionne’s tenacity and spice for life live up to her reputation. A naturally motivating spirit and risk-taker, Dionne’s pattern tells us that she is someone who loves connecting with others and has a strong intuitive understanding of interpersonal relationships.

As someone with an extremely wide behavioural pattern, Dionne’s natural personality traits are expressed very strongly. Social, outgoing, and strikingly expressive, she was a positive force who could easily empathize with others.

Described by her loved ones as someone who took pleasure in both the big and little moments in life – soaking up every chance to smile – no matter the hardship she faced, Dionne projected warmth and enthusiasm in everything she did and had an invigorating impact on the people she met throughout her lifetime. A testament that rings true and can be seen in all of the stories people who knew and loved her had to share.

Joined by her closest friends and husband Graham in her final moments, Dionne chose to exit this life on her own terms and be “completely in control of a situation that was no longer controllable” close friend Kelly Greenwood shared with CTV. Dionne’s final message to her friends, family, and supporters was “To live life with no regrets. Life is a gift and you’re only given one of them – surround yourself with nothing but positive people and positive vibes, and you’re going to be okay.” 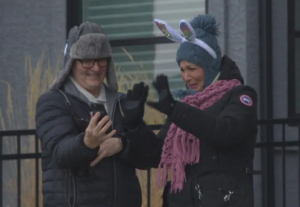 Predictive Success’ Founder and President, David Lahey had this to say about the Warner family, “Dionne was a wonderful leader in the community. Her compassion for people was amazing. Her Predictive Index showed she had a tremendous amount of energy. She had this proactive, “get it done” approach to her 8 battles with cancer and was an inspiration to hundreds of others. We loved her here at Predictive Success. Along with her husband Graham Warner, they were both great advocates of living each day to its fullest and enjoying each other as “wingmen”. Dionne will be sadly missed but never forgotten.”

Our heartfelt condolences go out to friends and family of the Warner’s and all those who loved her. Her inspiring love for life will continue to be felt everywhere and her legacy will live on forever. Rest in peace Dionne Warner.

About the Author: Jennifer Lahey