In its 90th year, the Whitby Chamber of Commerce held its annual Peter Perry & Business Achievement Awards (PPBAA) night on Thursday, November 15th. The yearly tradition was established in 1955 to recognize local businesses that have demonstrated a passion for excellence, a commitment to their community, and a strong entrepreneurial spirit. 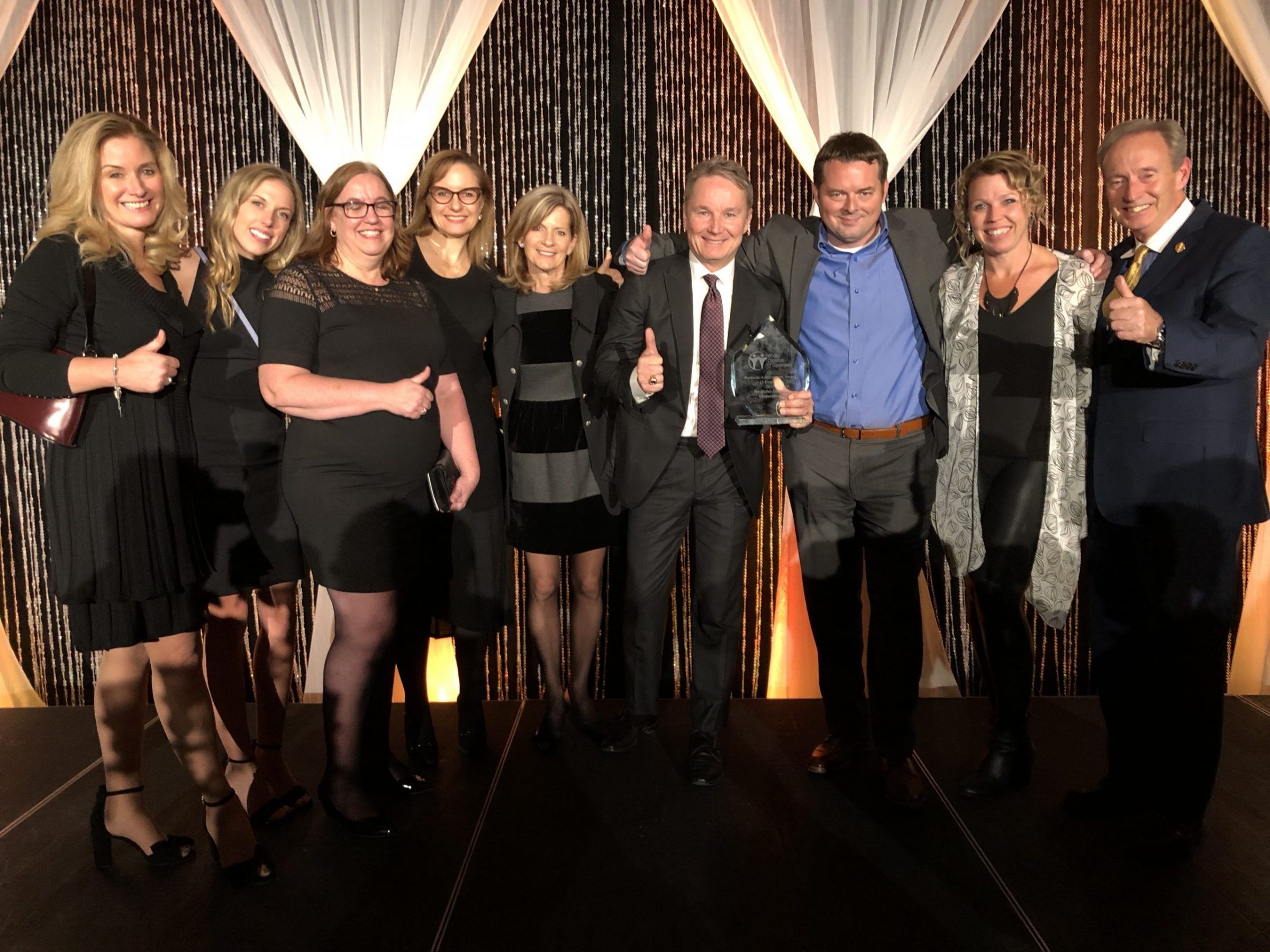 At PPBAA, Predictive Success Corporation was awarded the Business Achievement Award for the “1 – 15 Employees” category. Running against two equally reputable finalists, The Food and Art Café and PGL Environmental Consultants, Predictive Success would like to congratulate both of the finalists, as well as all other winners and finalists, for positively contributing to the Whitby community.

Steeped in tradition and ceremony, the Peter Perry & Business Achievement Awards gala is the crux of a year-long celebration of the success of businesses and entrepreneurial spirits from around the Whitby area. This year’s event—themed as a black and white gala—marks the 90th anniversary of the Chamber’s yearly celebrations.